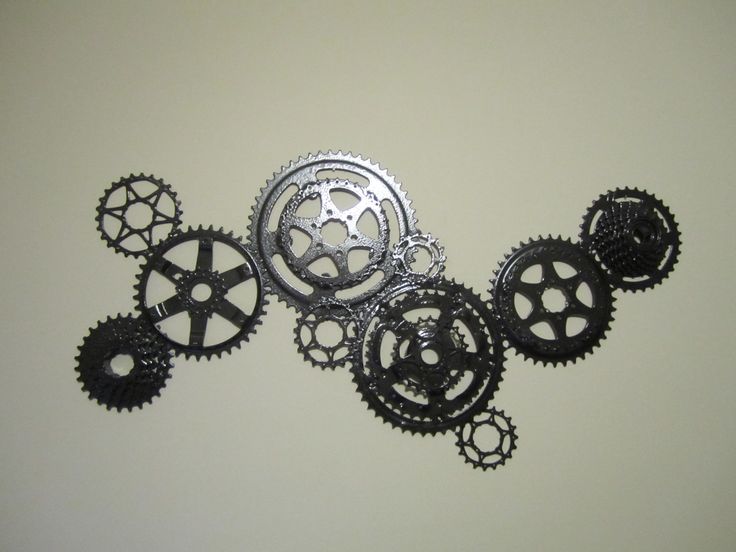 Chain ring, or chainring, is cyclist lingo for front gears. Bicycle chainrings optimize your power by utilizing gear ratios for different output on different terrain. Gear ratios are complicated and even engineers using complicated formulas don’t always agree on proper application of the chainring. For the average rider, it’s for the most part personal preference — within reason of course, cross-chaining is a no no and what works or doesn’t work for you is what’s really important.

Some cyclists like to push the big ring all the time but it’s often more an exhibit of bravado than its efficiency. If you have the muscle and power to cruise all day in your big ring, that’s your business and you have every right to do it.

On the other end of the scale, some riders scoff at the small ring, believing it’s there only to climb the steepest of hills. But there’s no reason why you shouldn’t use it whenever you feel like it, that’s what it’s there for.

Pushing the big ring on a given gear in the back can have exactly the same ratio and effect as riding in a smaller ring on a different gear in back. It’s been proven by engineers and physics. So what’s the difference?

Some cyclist contend that bigger gears just feel better. It could be that it’s spreading the chain load, thus reducing friction. However, spinning at a more moderate pace in smaller gears is probably done by the majority of cyclists and produces a better chain line that will invariably be nicer to your drivetrain, your legs, and prolong your bikes longevity, not to mention your own.

Bicycle gears work on leverage ratios, pairing a chainring at the front with a cog in the cassette at the back. The wider the ratio, the more speed you can achieve at a given pedaling cadence. A smaller ratio means less leverage on the rear wheel and thus easier pedaling.

Its obvious to all cyclists that using different diameter gears results in a higher speed, lower speed, or a more pronounced effort from an inefficient cadence. Most cyclists don’t put a lot of thought into why this is so, probably because it’s so obvious when you switch gears.

If you want to get techy about it, use this chart for fun a guide but be forewarned, it will likely make your eyes glaze over and be of no real practical use to you unless you’re an engineer, or good with algebra. Before cyclocomputers existed, the way to calculate your speed was to count the number of times you pedaled in a given period of time to determine your cadence. You then needed to know what gear you were in which you could then roughly calculate how fast you were going. You would need to memorize parts of this table first however.

Today’s road bike typically has a choice of three chainring set-ups, with two of them dominating — the standard double and the compact-double. The third choice however — the triple — also has a very special place in the cycling world for those who wouldn’t ride with anything less.

Standard double chainrings usually come with 53 teeth on the big ring and 39 teeth on the small ring. The double has been used for years before anyone even thought of anything else.

The compact is exactly what the name implies. The gear ratios have been compacted from a standard double. One of the most common chainring sizes for compacts are 50-tooth for the large ring and 34-tooth for the small ring. Other combinations are 50-36, 52-36 and 48-34 but these are less common.

The triple generally has the benefit of lower gearing for more efficient climbing. Standard gearing for a triple might be 50-39-30.

The bottom line is that compact cranks climb steeper hills better than standard double chainring configurations. Taking it a step further, triples offer even lower gears for climbing. However, compact chainrings are the lightest in weight of the three choices.

Can I Change Rings?

Can you change rings for personalized riding — yes and no. Crank arms have specific bolt circle diameters, or BCD, which must be matched up with the corresponding chainring BCD. Standard double cranks usually have a 130mm BCD and typically won’t work with anything smaller than a 38 small ring. Compact cranks on the other hand, have a 110mm BCD which can accommodate chainrings as small as 33-tooth.

You can put slightly larger chainrings on a compact crank. A 52-36 combination is particularly popular choice among some cyclists who want a happy medium between top-end speed and climbing ease.

Recent bicycle chainring designers have brought back the oval-shaped chainring, that was thought to have been discredited. The studies are mixed to say the least, but recent testing by professionals have revived the odd-shaped rings. Oval chainrings have been reported to improve the feel and smoothness of your pedaling action, reduce dead-spots, and improve the activation of your glutes and hamstrings. Claims were also made that non-round rings help to delay the onset of muscle fatigue in the quads. Experts agree that when set up properly, you can’t feel the oval shape. Aside from a tendency to drop the chain, oval-shaped chainrings may just be one of the next innovations in chainring technology.

So the answer is yes, you can personalize your bicycle chainrings if the bolt patterns fit and the chain and derailleur will accommodate it. In most cases, if your chosen chainring combination won’t work, there’s always an alternative to it that will probably work just as well. Don’t be afraid to experiment with it. Changing bicycle chainrings is one of the easiest ways to change the performance, comfort, or efficiency of your bike. Go for it.