Celebrity cyclists who love cycling offers a humanizing outlook on cycling. It’s exciting to see influential people jump on private jets and fly to France. It’s also thrilling to see them doing things like normal people. As cycling’s popularity continues to soar, it’s nice to know that celebs are also rocking two wheels and more importantly, raising awareness and respect for cyclists around the world.

Looking at images of celebrity cyclists riding bicycles makes it hard to differentiate who’s a real cyclists — and who’s out for a photo op. But if you are a cyclist, it’s relatively easy to spot those who are comfortable on a bike and those who look awkward. This list compiles notable celebrity cyclists that really make it happen. 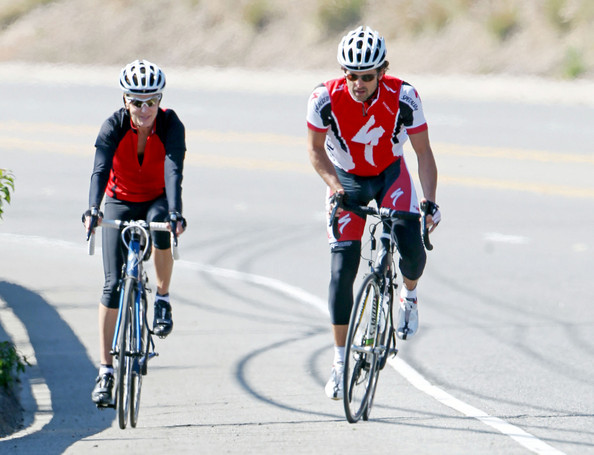 Dempsey plays Dr. Shepherd on Grey’s Anatomy and has had starring roles in several films. Dempsey is also a passionate, competitive cyclist. He is very involved in cycling and started the Dempsey Challenge as a fundraiser for The Patrick Dempsey Center for Cancer Hope & Healing at the Central Maine Medical Center in his native state. The Dempsey Challenge features a bike ride with distances of 10, 25, 50, 70, and 100 miles. Pro cyclist Levi Leipheimer attends the event every year. 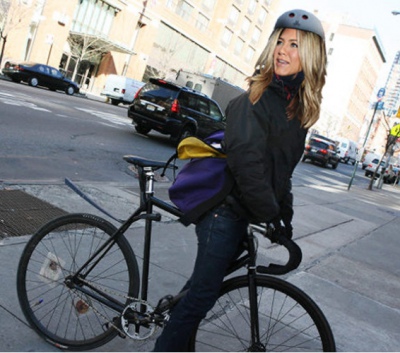 Before her big break on Friends, Jennifer Aniston at the age of 19, was actually a New York bike messenger, which she has since labelled her “toughest job”. She hasn’t lost her love for cycling and still cycles regularly. 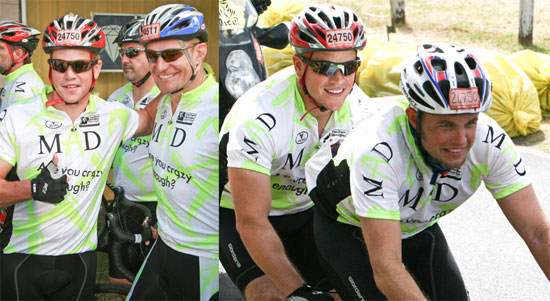 Matt Damon is a devoted cyclist. He’s completed the 68-mile Cape Argus Cycle Tour in South Africa on a tandem bike with his brother Kyle Damon. At one point Damon was to portray Lance Armstrong in an adaptation of his biography “It’s Not About The Bike”. But it remains debatable whether the film will ever make it to the screen. 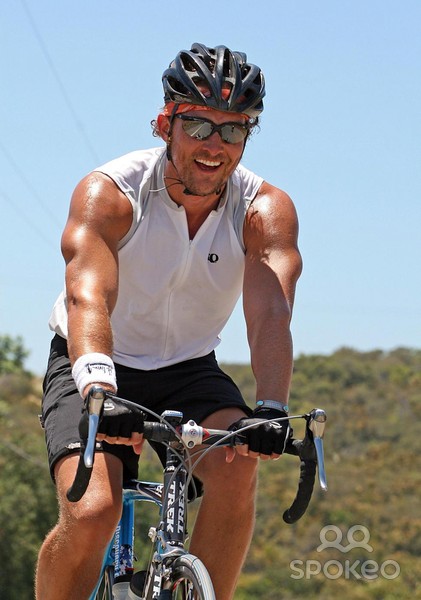 Texas natives Matthew McConaughey and Lance Armstrong have long been buddies, sharing miles and miles together. It’s been noted that McConaughey — even though McConaughey was at first  pissed at Lance after all the scandal — now defends him. 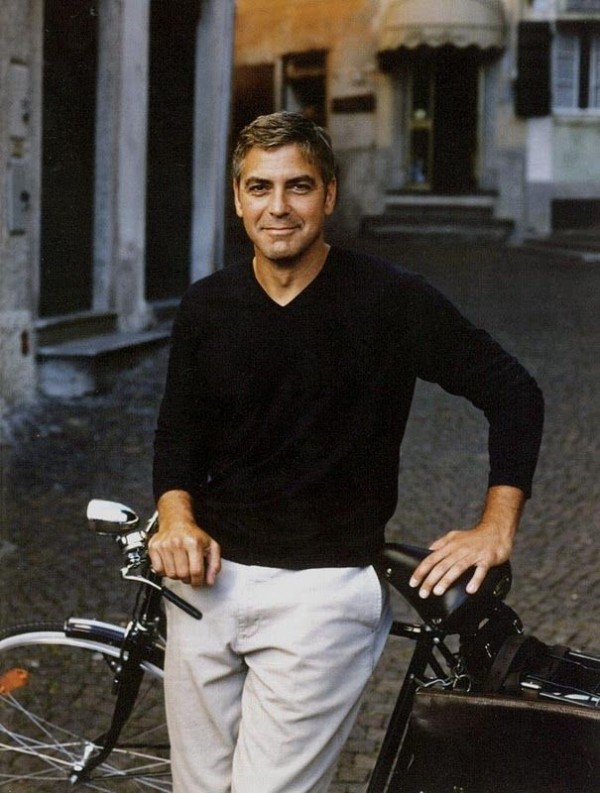 Clooney has a house at Lake Como, the same place Lance lived when he was training for the Tour. George hits the trails regularly on his mountain bike. He also gathered publicity for a bike ride with none other than Bono, around the Irish countryside. 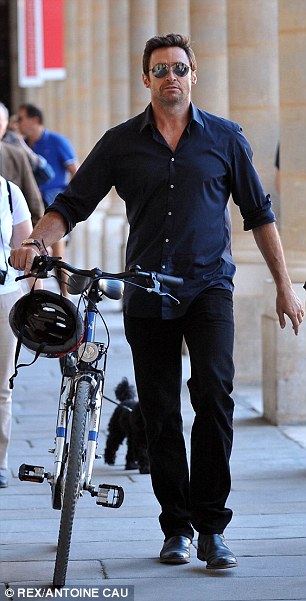 There’s likely more pictures of Hugh Jackman riding a bike on the internet than almost any other celebrity. He tools around London, or anywhere else on a movie set when he can get his hands on a bike of almost any type. 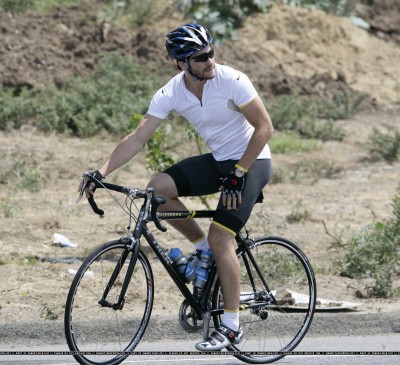 The Brokeback Mountain star is another Hollywood heavyweight who professes to being addicted to fitness, which includes time on a bicycle in both California, New York, and wherever celebrity life takes him. 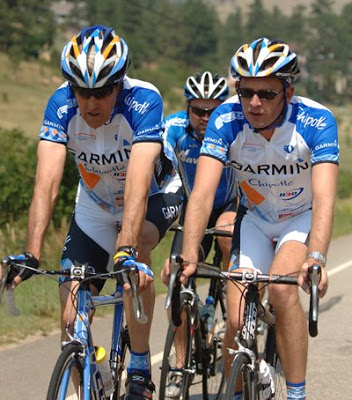 Seven years ago Jonathan Vaughters (former professional racing cyclist and current manager of the Cannondale Professional Cycling Team) accompanied Senator John Kerry for a bike ride in Colorado.  Vaughters said that “Kerry is the real deal—fit, fast, confident. If he races in his category, he’d be one of the top riders in the U.S.” 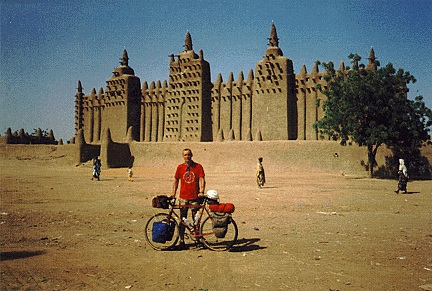 Drummer and lyricist for the rock group Rush, has bicycle toured in several Africa countries and wrote about one of these tours in “The Masked Rider.” 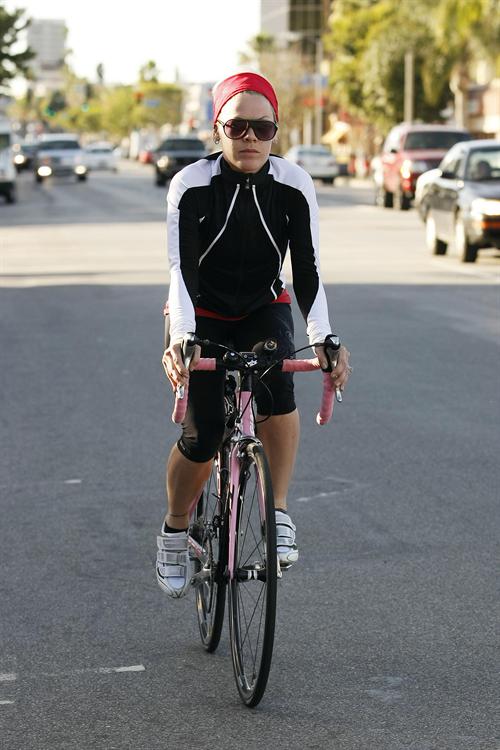 Pink (aka Alecia Moore) is definitely no slacker when it comes to riding her bike. She rides for sport with her family and to run errands. The singer makes a point of riding bicycles instead of using a horse drawn carriage, which she is part of a PETA campaign against. 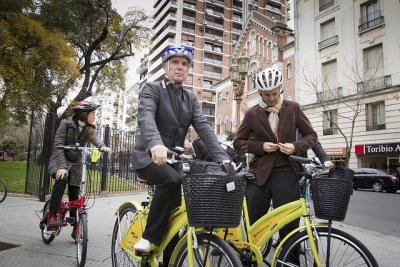 The former lead singer of Talking Heads is in the Rock ‘n Roll Hall of Fame, but he’s equally involved in cycling.  Byrne wrote the 2009 book Bicycle Diaries and has used the bike as his primary transportation around New York City for years. “There’s a certain amount of freedom involved in cycling,” Byrne told The Guardian.  “You’re self-propelled and decide exactly where to go.” 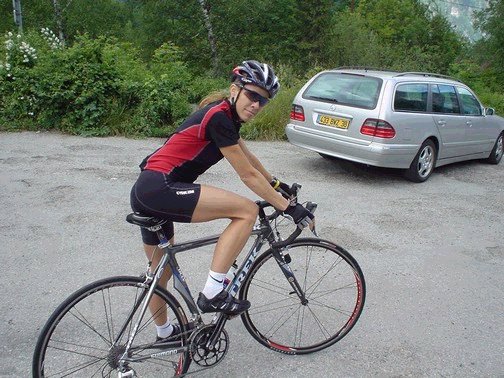 Singer Sheryl Crow climbed Alpe d’Huez in 1 hour 37 minutes. If that’s not enough to convince you that she’s a serious cyclist nothing will. Additionally, she’s also a cancer survivor like Lance, and in fact was engaged to him at one point.

Some celebrities are often spotted around town cycling for the fun of it – nothing serious, just relaxing as they either cycle by themselves or treat fortunate others or kids to a ride. 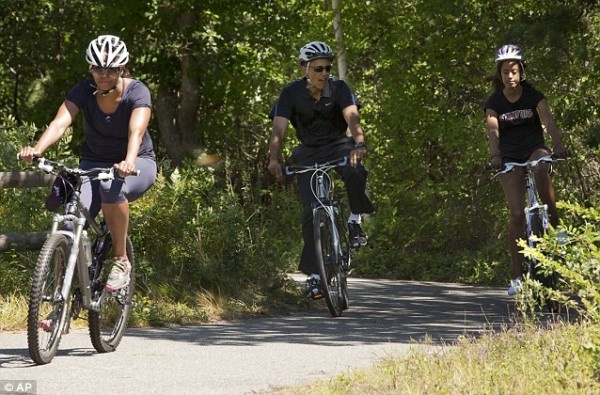 Barack has been known to enjoy leisurely rides along the shores of Lake Michigan and around Martha’s Vinyard with his family. Obama evidently bicycled more when he lived in Chicago before becoming the POTUS. 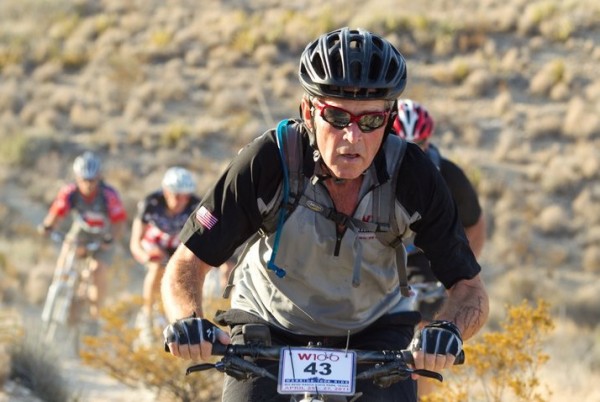 George W. gets after it on the bike quite regularly such as at the Warrior 100K which highlights the bravery and sacrifice of warriors and recognizes organizations that support America’s veterans. 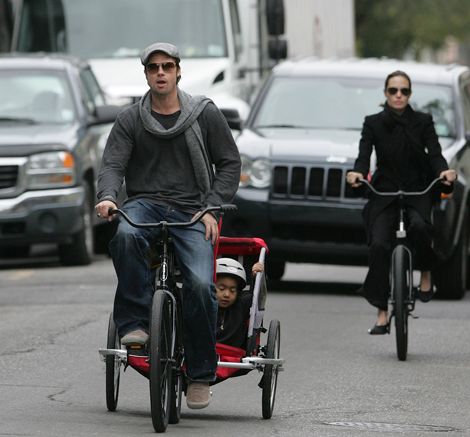 Often spotted with kids in trailers. 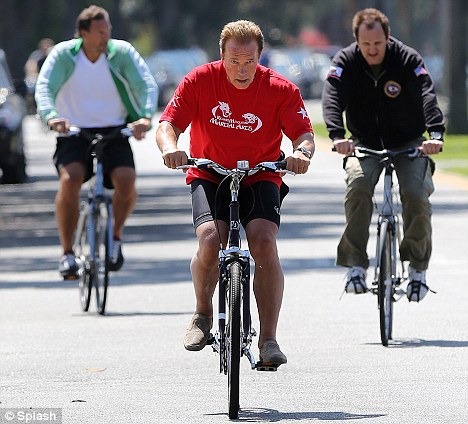 Has been spotted in Melbourne and London tooling around town on bicycles. According to the terminator: “Anyone who doesn’t ride a bike is a sissy boy.” 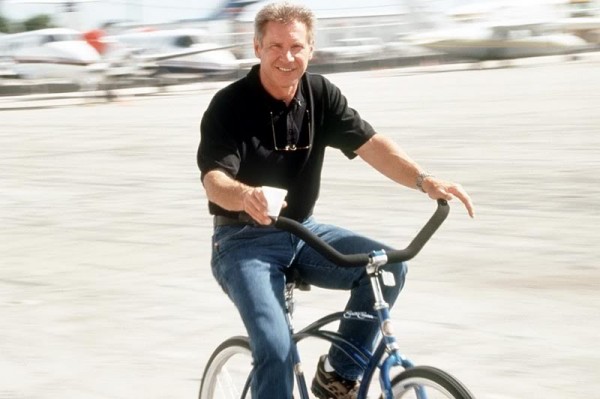 Used cycling to recover from an injury on the set of Star Wars. 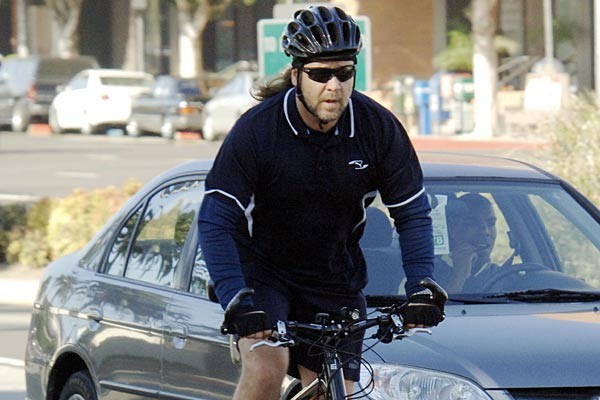 Challenged an over-zealous reporter to a bike ride. Almost killed her keeping up with him. 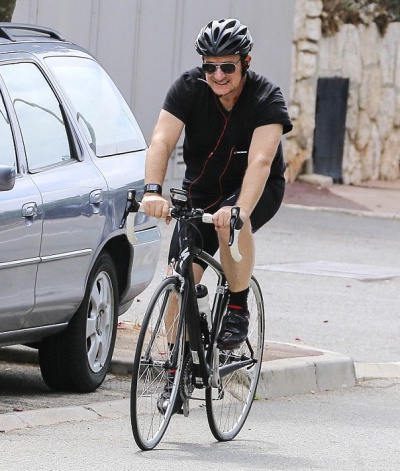 More famous for his bicycle crash than as a passionate cyclist. Bono is still seen as a model of environmental causes that includes the use of bicycles.