The HFLC diet is another one of the media frenzy approaches to dieting. The high-fat, low-carb diet, or HFLC, basically undermines the authority of the food pyramid that’s been promoted for years. While proponents swear by it, others consider it a recipe for hitting the wall. All you can do is examine the studies, and decide for yourself.

The problem with studies, is that they are typically published to qualify a position while never casting any doubt on it. This type of study correlates with the preconceived outcome in a positive way. 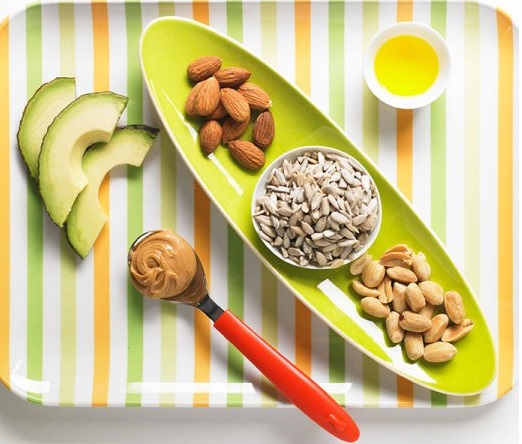 What is the HFLC diet?

At least part of the issue is compounded by the definition of low-carb, high-fat, high-carb or low-fat. Some experts define a high-fat or fat-adapted diet as having between 20 and 60 grams of carbohydrates per day, while other low-carb diets allow for 100 grams per day.

Does it improve performance?

The fadish diet is actually centered more around low-carb than it is high-fat. Eating a mammoth amount of fats is typically not recommended. Studies done by Joe Friel, one of the godfathers of cycling and author of the Cyclist’s Training Bible, point out that while the HFLC diet does not directly improve performance, but agrees that getting to and staying at race weight without calorie counting or hunger is more doable on the HFLC diet.

A study last year in the Annals of Internal Medicine made one of the most convincing cases yet. Researchers found that men and women who switched to a low-carb diet lost 14 pounds after one year, eight pounds more than those who limited their fat intake instead. The high-fat group also maintained more muscle and trimmed more body fat.

The HFLC diet is sometimes compared to the Paleo diet. Paleo is about eating foods that a body is designed to process. The Paleo diet excludes dairy, which is often a key component of a HFLC diet in terms of grass-fed butter, cream, etc.

Bonking is caused when blood glucose or blood sugar drops below normal levels. It’s also known medically as  Hypoglycemia. Glucose, an important source of energy for the body (and mind) comes from food. Carbohydrates are the main source of glucose. Rice and potatoes, as well as bread, muffins, cereal, fruit and sweets are all carbohydrate-rich foods and some cyclist’s favorite fuels.

The most common approach is to ingest carbohydrates to provide more glucose for longer or harder rides. And you bonk if you don’t get the carbs you need. The bonk is that feeling when you have exhausted your glycogen stores by not eating enough carbs to produce more blood glucose and are still riding the bike.

By restricting the amount of carbohydrate in the diet, the body is forced to utilize fat as its main energy source. But not all the carbs though; doing so runs the risk of a massive energy deficit. A small energy deficit is fine and can result in weight loss, but health risks can result from large restrictions of carbs.

The theory behind the low-carb, high-fat diet is that, according to studies, it trains your body to utilize fat better. The problem is, despite the fact that you’ve increased the volume or intensity at which you can utilize fat, for at least some of the energy demands, fat metabolism has limitations that prevent it from being able to fuel you at your highest levels.

It appears that adopting a HFLC diet can impair carbohydrate utilization and your top-out, or high-end performance, may decline. Studies have found evidence that training low on carbs for an extended period may hamper your muscles’ ability to utilize carbs eaten before competition.

If you’re focused on distance and not speed though, don’t write off HFCL. It can help you with bonking because your body gets accustomed to using it’s fat reserves more efficiently. It can help delay the onset of fatigue and to go faster for longer.

Another incorrect assumption is that the only advantage of a HFLC diet is purely performance. While some tests may not show a performance improvement, they also don’t show any degradation. However inflammation, stress, and the immune system are all shown to be better on a HFLC diet, improving the cyclist’s ability to train and aids longevity.

But how low do you need to go on carbs? Because of the fairly limited data on the topic and no one-size fits all, there’s no standard level of reduction per day before you start to burn fat.  But most experts agree that the level of carbohydrate restriction needs to be fairly rigorous to achieve changes.

People often misunderstand the notion of high-fat or fat-adapted,  assuming a high fat diet will cause you to burn more body fat. Even though you may burn more fat, you will have consumed more fat than you can burn, which results in a net fat gain.

Should I try HFLC?

Try the HFLC diet yourself by simply starting one morning ride or training session without consuming carbohydrates. If that’s not an option, or if the feeling of cycling on an empty stomach doesn’t appeal to you, then eat what you like for breakfast and try restricting the consumption of carbohydrates on the same day between training sessions.

Opt for higher-fat foods and protein.  Meals might include fish, eggs, yogurt, red meat and some vegetables. Foods high in fat are olive oil, coconut milk and oil, nuts, avocado, and yes — bacon. You might feel  the intensity of your ride or training session is lower than expected, especially in comparison to one completed in a high carbohydrate state.

The HFLC diet doesn’t exclude all vegetables or fruits. High-starch vegetables are excluded due to the carbs, however, nutrient rich fruit and vegetables such as broccoli and blueberries are all part of the HFLC diet.

It’s up to you

HFLC diets aren’t for everyone. However, it is worth keeping an open mind on the benefits of such a strategy. Research shows that athletes who get about 50-plus percent of their diet from fat produce better average times to exhaustion in exercise tests than those eating typical low-fat, high-carb diets.

No one has the the right to decide what the HFLC diet means to others, or exactly how many carbohydrates can be included or excluded. One has to accept to utilize a HFCL diet in their own way.

Will it work for you? That’s a question that only you can answer. There are too many variables when it comes to the physiology and metabolic systems of individuals. Cyclists should be in both camps. Think of it as a bicycle: Low-carb is your front wheel, and high-fat is your back wheel; is one more important than the other? Test it out and see how it goes and let us know if it worked for you.