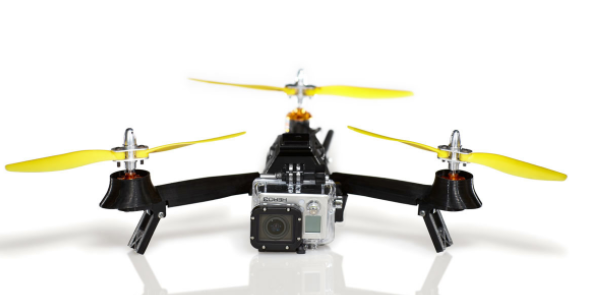 Capture all of your amazing skills with your personal flying pocket drone that can follow you through GPS!

Yet another reason to own a GroPro, instead of strapping it to your helmet, now you can fly the camera in the sky.

This product was just launched on kickstarter and has reached its goal in under 24 hours. Quite amazing. Just make sure you use it in an open space… I don’t think it can see trees. Maybe that is the next generation…

“The world’s first multicopter that’s powerful enough to carry a high quality action camera and folds up smaller than a 7in tablet.

The Pocket Drone is the personal flying robot that enables anyone to capture amazing video and photos from the sky. The year 2014 is going to be the “Year of the Drone.” Personal and professional photography is literally beginning to take off. Everybody can already take great looking photos and videos with their camera phones and share them online, but they have been limited to what could seen from the ground. Now with the Pocket Drone, it’s never been easier to capture spectacular aerial images that open up a whole new perspective and insight that had previously been unseen.” – Kickstarter

Do you want your own flying camera? Go to Kickstarter  to order your very own pocket drone.