One of the biggest revolutions in cycling training has been the introduction of the power meter as a training tool. It has rapidly thrown cycling into the highly technical world of sports science, and the benefits can be enormous – Chris Froome’s win in the 2013 Tour de France was aided greatly by Team Sky’s extensive use of power meters in both their training and racing plans. So what is power training, and more importantly, can it benefit you? 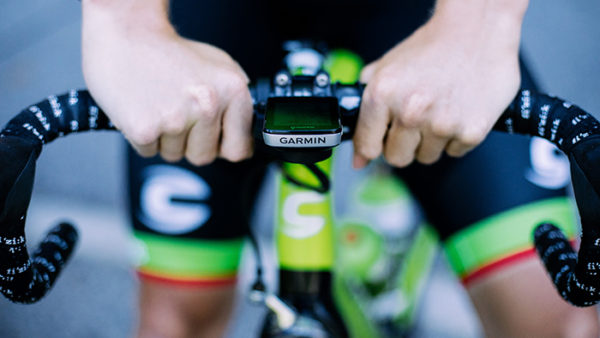 Everyone has heard of power, but unless you have a particularly good memory of high school physics, you may not be familiar with what it means in a technical sense. Power is defined as the rate of work; how much ‘work’ is done in a certain interval of time. Work is defined as a force applied over a distance. So power is essentially a measure of how hard you can push on the pedals (the force) and for how long (time). The harder you can push, and the longer you can maintain a certain level of ‘push’, the faster you go! And going faster is what bike racing is all about.

Why Should I Use it? 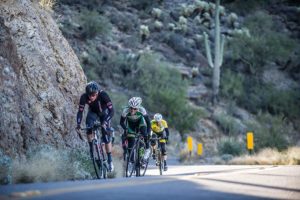 Now, you might be saying to yourself ‘OK, that’s nice. So what?’ Well, the ‘so what’ is that cyclists can use power to train and race much more effectively. Power is ultimately a measure of how hard you are working, and by using a power meter on your bike, you can more precisely monitor your effort. Other ways of monitoring effort do exist – rate of perceived exertion (a subjective assessment of how hard you feel you are working) and heart rate are the two most common methods, but neither comes close to the precision you get from a power meter.

This precision can be extremely beneficial to cyclists. By using a power meter on a climb, for example, you can ride the entire climb at precisely your optimal power output – never going too hard and pushing yourself into the ‘red zone’, but also not being too conservative and leaving too much in the tank at the end. You can also train more effectively, doing intervals at an exact percentage of your maximum output, or riding a tempo ride right at your lactate threshold to name a few possible applications.

How to Integrate Power into your Training

Hopefully you’re convinced that using a power meter can make you a better cyclist. The obvious question is how? First things first, you need a power meter. Debating the merits of the many options available on the market will be the subject of another article, but in short – invest in a good one. You might be tempted by the low cost of some models, but these are no where near as accurate as the better ones, and accuracy is the whole point of using a power meter. The cheapest worthwhile option I know of is the Stages Power meter, which retails for $700. 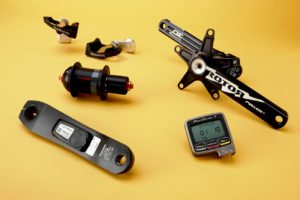 After you have your new power meter ready to go on your bike, the next step is to do some baseline tests to determine your power profile. Ideally, you will want to determine the maximum power you can produce for 5 seconds, 1 minute, 5 minutes and 30+ minutes (this last one is referred to a Functional Threshold Power). All-out 5 second effort is easy enough, and even a 1 minute maximum effort isn’t too daunting. The 5 minute and 30 minute efforts take a bit more planning to execute properly, but when you know all these numbers you will have a much better idea of your strengths and weaknesses as a rider. There are tables available online that provide approximate equivalent levels of power for each duration. If your values for 5 second and 1 minute power rate higher than your 5 minute and 30 min values, then you know you are relatively weaker aerobically, and can emphasize aerobic training.

Power meters also help you to gauge efforts better. If, for example, you know that your FTP is 300 Watts (watts are the standard unit of power), then you know that in a time trial that will take you about 45 minutes to complete, you shouldn’t be riding above 300 Watts at any time. Riding with the most even power output over the course of your effort will give you the best results.

It is impossible to cover every aspect of power training in a single article – there are entire books written about it. If you are an aspiring racer, or even just someone who loves to track progress, a power meter will be your best friend. Now that you are familiar with the basics, you can start your journey into training with power!