How to Choose a Power Meter 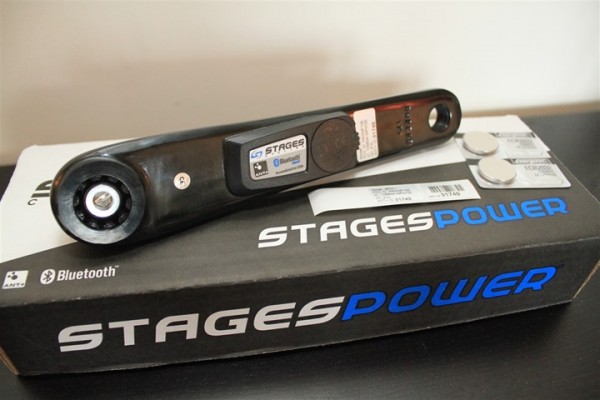 Previously, I introduced the concept of power training – that is, training using a power meter, not just really hard training! If you are interested in trying this out, the first thing you will need is, of course, a power meter. This article will tell you how to choose a power meter that will work the best for you.

These power meters are integrated into the rear hub of a wheel. They measure power by measuring deflection in the rear hub. The most popular version is made by a company called PowerTap and the cheapest version of their ‘power hub’ retails for about $800. Of course, you have to get that hub attached to a wheel – either replacing your current hub, or getting a whole new wheel built up, which will push up that cost.

By placing the power meter in a wheel, you can switch your power meter between different bikes very easily. Of course, if you have more than one set of wheels for your bike, it is going to very quickly get very expensive to always have a power meter available. Most people who only invest in one power hub will attach it to their typical training wheels, but if you race on a different set of wheels, you lose the benefit of power readings while racing, which is one of the big advantages of power training.

There are a few different power meters that measure power based on readings from the crank area of the bike. Quarq and SRM make power meters that integrate with the bottom bracket and crank, while Stages offers a model that is attached to your crankarm. The Quarq/SRM models are on the very high end of the price and quality spectrum, at $1500 and $2000 for the base models of each, respectively, which Stages is currently the most affordable power meter of this bunch at $700.

These type of power meters allow you to use any kind of wheel you want, which a lot of people find valuable, however moving the unit from one bike to another is not something you would want to do very often – requiring completely removing and reinstalling the cranks and bottom bracket AND recalibrating the device. The Stages Power Meter is a bit easier to swap around, since it is only attached to your non-drive side crank arm.

Recently, the bicycle world has seen a surge of pedal-based power meters. These units claim to offer the same precision as crank or wheel based units, but with far greater flexibility of use – all you have to do to is switch out a pedal to move your power meter, and you can use whatever wheels you desire. Both Garmin and Look have pedal-based power meters available currently, and while a lot of people thought this technology would provide more affordable power meters, it hasn’t panned out that way – Look’s model costs $2500 and Garmin’s is a slightly more palatable $1700.

Still, the flexibility to use this one power meter on any road bike you own, with whatever wheels you want means you only need one of these, instead of potentially being forced to by multiple models of the other types. As these type of power meters are fairly new on the market, there are likely to be some issues to work out, and prices will (hopefully) come down as the technology matures.

So which one should you get? My number one recommendation would be the Stages Power Meter if you are just starting out with power training. It is cheap, reliable, and can be used with multiple wheels easily, and multiple bikes without a huge hassle. You won’t get quite the level of detail in your data as you will get with some of the more expensive systems, but until you are more familiar with power training, you won’t know what to do with all that information anyways. As you advance in your training, you can always upgrade if you feel it would help. Good luck!